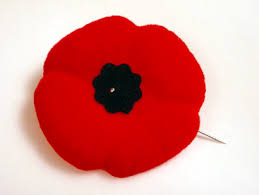 The 11th hour of the 11th day of the 11th month is reserved in 52 nations of the Commonwealth, mostly territories of the former British Empire, as Remembrance Day or Armistice Day.

And here in Canada, all Government offices, most businesses, all the large stores, virtually all enterprises except some restaurants and pharmacies are closed today. This is what makes me so proud to be Canadian, that much of the country shuts down to honour the Canadians who died in, and the veterans of, the Great War 1914-1918, Second World War 1939-1945, Korean War 1950-1953, Persian Gulf War 1990-1991, Afghanistan War 2001-2014 and the many UN Peacekeeping missions. And honour them we do.

Thousands turn out for services at the local cenotaph or legion and, in Ottawa, tens of thousands attended the National War Memorial service where dignitaries laid wreaths, followed by other organisations and, of course, the Silver Cross Mother. The Silver Cross Mother is chosen by the Canadian Legion from the ranks of grieving women who lost a child serving in the Canadian Forces.  This year she is Colleen Fitzpatrick of Prince George, BC. Her son was wounded badly in Afghanistan when stepping on a roadside IED. He died back home in Edmonton, Alberta, two weeks later.

Commentators are saying this year that, as they have been watching the Ottawa ceremony over the past two decades, the interest and crowds are getting larger and younger, with many of the millennials attending. If this is so, then Canada has much of which to be proud.

Were I a cynic, I would say that all the businesses shut down just to make a long weekend: that is false, however, for in other years when Remembrance Day does not fall on a Friday or Monday, the same stepping back from day-to-day business in order to revere and honour those who sacrificed themselves and the veterans who served their country is shown.

Which is why I am so proud to be a Canadian.